From the Shadows: The Architecture and Afterlife of Nicholas Hawksmoor 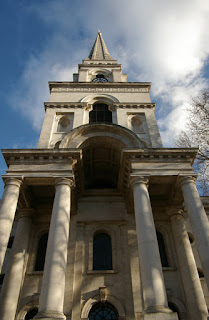 Nicholas Hawksmoor (1662–1736) is considered one of Britain’s greatest architects. He was involved in the grandest architectural projects of his age and today is best known for his London churches – six idiosyncratic edifices of white Portland stone that remain standing today, proud and tall in the otherwise radically changed cityscape.

After centuries of neglect Hawksmoor began to return to prominence during the 1960s and 1970s. At the same time, a mythology began to develop around him and his work. Iain Sinclair posited a magical "system of energies, or unit of connection, within the city," in Hawksmoor’s churches in Lud Heat (1975), while Peter Ackroyd popularised the association of Hawksmoor’s work with the occult in his novel Hawksmoor (1985).

Latterly, psycho-geographers, Alan Moore and others have continued the myth of Hawksmoor as an undercover pagan architect. In this talk, Owen Hopkins explores how and why this mythology has grown up around Hawksmoor and his work and how it relates to the real historical figure. 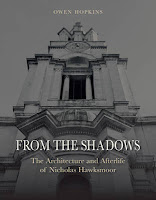 Owen Hopkins is a writer, historian and curator of architecture. He is Architecture Programme Curator at the Royal Academy of Arts and is author of four books on architecture, including From the Shadows: The Architecture and Afterlife of Nicholas Hawksmoor. 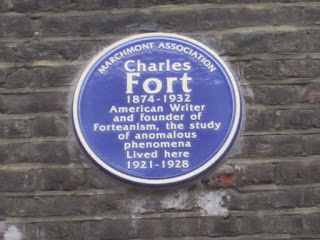 The naïve and the pedantic and the bizarre and the grotesque and the sincere and the insincere, the profound and the puerile.
Charles Fort - The Book of the Damned

A gathering to celebrate the 142nd birthday of Charles Fort, the american writer who inspired the idea of being fortean. (Also the fifth birthday of the London Fortean Society but that's not so important.)

Beginning at 7pm on Wednesday 6 August outside 39A Marchmont Street London WC1N 1AP, Fort’s home in London, with a reading and toast (ale and cheese optional). This will be followed by a drink in his honour at the nearby Marquis Cornwallis on Marchmont Street, a Bloomsbury pub of grandiose proportions. 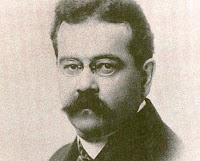 I am a collector of notes upon subjects that have diversity—such as deviations from concentricity in the lunar crater Copernicus, and a sudden appearance of purple Englishmen—stationary meteor-radiants, and a reported growth of hair on the bald head of a mummy—and "Did the girl swallow the octopus?
Charles Fort - Wild Talents
Posted by Scott Wood at 09:44 No comments: