The Wallaby Ripper of Hanwell

On 21 October a report came in of a wallaby was found decapitated at Brent Lodge Animal Park in Hanwell, west London. "I’m completely sickened by this attack on a defenceless animal and I know the whole community will be equally shocked" said local counciller councillor Bassam Mahfouz.
Then two more wallabies were 'murdered', a Ealing Gazette's tag, on 15 November. Tragically they were two of three wallabies brought in to keep the widowed wallaby Rolph company after October's attack.

"One animal was found with its throat cut while all that remained of the other were limbs scattered across the park, it is believed" writes the Daily Mail today, no doubt shaking it's head at modern society and wondering what Liz Jones will have to say about all this. Is one of her exes a wallaby slasher? On the October attack the mail reported "A member of staff at the centre said at the time that Bruce's head hadn't been found, but was too upset to say if it could have been taken as a sick trophy."
Wallabies can be a bit of a target. The Centre for Zoology investigated a wallaby murder in Loftus in 2002 and the Centre for Fortean Zoology makes mention of a Wallaby Slasher of Newquay being an early UnConvention topic (though not one I can remember).

Are there people out there attacking wallabies? And if so why can't they pick on someome their own size? Kangaroos are available.

The myth of Noah's ark is well-known and the flood is investigated by archaeologists of the Near East. Now there is an idea of what such an ark might have actually been like.

British Museum curator and scholar, Dr Irving Finkel informs us on some ground-breaking discoveries in ancient Near Eastern studies.

Dr Irving Finkel works on the cutting edge of ancient scholarship, is Assistant Keeper of Ancient Mesopotamian (i.e. Sumerian, Babylonian and Assyrian) script, languages and cultures, in the Middle East Department of the British Museum.

The Curse of Aleister Crowley?

The Evening Standard took a break from writing about rich people going to parties, the children of rich people going to parties and how much of a tool they think Ken Livingston is to publicise the book London's Curse: Murder, Black Magic and Tutankhamun in the 1920s West End.
The book, and article, suggest that Aleister Crowley, on his way to inventing Thelema, was so annoyed at Egyptologists disturing Tutankhamun's tomb that he set about murdering six men in some sort of Hammer horror style revenge. These murders were then blamed on the supernatural curse of Tutankhamun when it was really just Crowley throwing people off balconies.

The research is described as a "unique analysis [our emphasis] of Crowley's diaries, essays and books and inquest reports" which appears to come to the conclusion of "Crowley, 'wickedist man in the world, what what. Drug taking bugger, and, Egyptian stuff, erm, Jack the Ripper sells well is somewhow involved somewhere. Must be a seriel muderer."

So, should the London Fortean Society invite author Mark Beynon in to give a talk?
Posted by Scott Wood at 13:36 2 comments:

We’ve gone a little Halloween-y for our second meeting. Join us as a panel of ghost hunters discuss their own methods and experiences whilst  investigating ghosts.

Each speaker will do a 15 minute talk which will be followed by a Q&A and panel discussion.

Panel:
Paul Cowdell: Paul is a serving committee member of the Folklore Society who has recently submitted his thesis on ‘Belief in Ghosts in Post-War England’

Sarah Sparkes: has collaborated in the collection of first-hand ghost stories as part of the Ghosts of Senate House project. Sarah is an artist and the organisor of the brilliant GHost Hostings.

Conspiracy Minded: The Psychology of Belief in Conspiracy Theories

The first London Fortean Society meeting. There will be the first Fortmanteau; our monthly summary of strange news. LFS host and Fortean Londoner Scott Wood goes on the hunt for the ‘Helpful Terrorist’, a warning, a 9/11 rumour or an urban legend for troubled times? 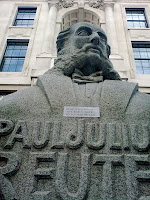 Conspiracy theories have come to play a prominent role in contemporary culture. It is almost inevitable that any significant event will become the subject of conspiracy theorising, and considerable numbers of people endorse such theories.

Although the psychology behind belief in unsubstantiated and implausible conspiracy theories is not yet well understood, social scientists are now beginning to address this important topic. This talk will introduce the topic of conspiracy theories and outline the difficulties that arise when trying to formulate a universally acceptable definition of this deceptively complex concept. 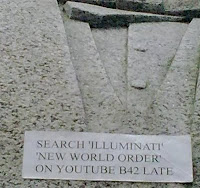 The London Fortean Society were a brave and happy few standing outside 39a Marchmont Street, a home of Charles Fort's when staying in London, to celebrate the birthday of Charles Fort, the inspiration for the fortean approach to life.
﻿ ﻿ There was a reading from the opening paragraphs of  'The Book of the Damned', Fort's first 'fortean' book and then a fall of Fort Fish.

The Society then marked the New Yorker's name across his adopted city by visiting 4 pubs, the Friend at Hand, the Old Crown, the Royal George and the Tottenham.

Despite passing Fort's old reading ground of the British Museum, and a trip into occult bookshop Atlantis Books and quite a lot to drink, nothing fortean took place during our outing.

Many thanks to those who came along with LFS founders Scott and David: Rachel Carthy, Lindsey Clarke and John Fraser. The London Fortean Society hope to make this an annual event - all forteans and friends are welcome!
Read more on Charles Fort in London on Londonist and further adventures outside 39a Marchmont Street on Blather.

UFO spotted in Croydon town centre
"At first we thought it must be a star, but it was too low. Then I thought that it must be a helicopter, but there were no flashing lights. We could see other planes flying in the sky, but this was different. I was glad my son was with me as he agreed it did not look like an aircraft. The light then emitted a beam into the cloud, which was followed by the light itself. However, the dazzling light then returned and continued to hover."

Email ThisBlogThis!Share to TwitterShare to FacebookShare to Pinterest
Labels: ufos

Charles Fort Birthday Saunter: A Procession of The Damned

The naïve and the pedantic and the bizarre and the grotesque and the sincere and the insincere, the profound and the puerile.
The Book of the Damned


From 4pm, 6 August 2011
Meet outside 39A Marchmont Street, Fort’s home in London, with a reading and toast (ale and cheese optional).


Followed by a swift drink in his honour:
Friend at Hand, 4 Herbrand Street, WC1N 1HX


"I am a collector of notes upon subjects that have diversity—such as deviations from concentricity in the lunar crater Copernicus, and a sudden appearance of purple Englishmen—stationary meteor-radiants, and a reported growth of hair on the bald head of a mummy—and "Did the girl swallow the octopus?"
Wild Talents
Posted by Scott Wood at 18:04 2 comments: