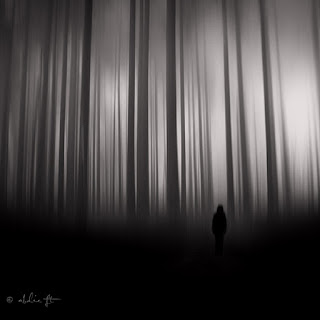 The Haunted Landscape awaits you. Join the London Fortean Society and friends for a day of British folklore, corpse ways, giants, witches and more.

This event is live and will be live streamed. 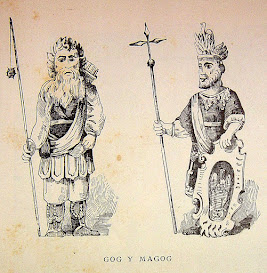 Geoffrey of Monmouth’s History of the Kings of Britain, completed in the 1130s, opens c. 1200 BC with the tale of the conquest of Britain by a band of Trojan refugees. Led by Brutus, the great-grandson of Aeneas, the Trojans made their way to an uninhabited island known as Albion, but on arrival they discovered that it’s overrun by ferocious giants. Renaming the island Britain after Brutus, they exterminated the giants, and then founded London as the new Troy. Although Geoffrey’s story kills off the giants in just a few lines, they have persisted in the myth and material culture of Britain. This talk explores the remarkable variety of giants in the visual arts - in manuscripts and books, carved into landscapes and as pageant figures - asking how and why they have survived so long and what they reveal about the monstrous origins of the British nation.

Dr Alixe Bovey is a specialist in medieval art history based at the Courtauld Institute of Art, where she is Head of Research 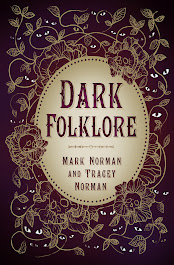 How did our ancestors use the concept of demons to explain sleep paralysis? Is that carving in the porch of your local church really what you think it is? And what's that tapping noise on the roof of your car..? The fields of folklore have never been more popular - a recent resurgence of interest in traditional beliefs and customs, coupled with morbid curiosities in folk horror, historic witchcraft cases and our superstitious past, have led to an intersection of ideas that is driving people to seek out more information.

A new book from Tracey Norman (author of the acclaimed play WITCH) and Mark Norman (creator of The Folklore Podcast) leads you on an exploration of those less salubrious facets of our past, highlighting those aspects of our cultural beliefs and social history that are less 'wicker basket' and more 'Wicker Man'. This talk examines some of the themes of the book, which will be available to buy on the day. 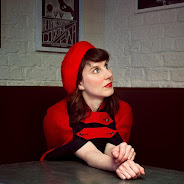 'You see - no, you do not, but I see - such curious faces: and the people to whom
they belong flit about so oddly, often at your elbow when you least expect it, and looking close into your face, as if they were searching for someone - who may be thankful, I think, if they do not find him.'

There was an enormous fascination with fairies in the nineteenth and early twentieth centuries which popularised depictions of benevolent winged friends and things of fragile beauty. But in wider folklore, the creatures of the fey are of a much more unsettling and otherworldly stock. Taking inspiration from folk tales and medieval legends, writers of weird tales and ghost stories such as Arthur Machen, M R James and Charlotte Riddell proved that fairies, elves, goblins and their ilk were something to be feared and respected as our ancestors did. 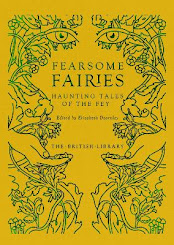 Elizabeth Dearnley is a folklorist, artist and researcher based at the University of London and the University of Wolverhampton. Her work explores fairy tales, horror and collective storytelling, and she has curated several projects including immersive 1940s Red Riding Hood retelling Big Teeth, and The Sandman for the Freud Museum, London. Her anthology Into the London Fog was published in the British Library Tales of the Weird seris. Her book Fearsome Fairies: Haunting Tales of the Fae will be available on the day. This new collection of stories pairs strange creatures with frightening encounters to revive the fearsome past of the fairy folk.
Sophia Kingshill - Bog Gothic: Images of an ambivalent landscape 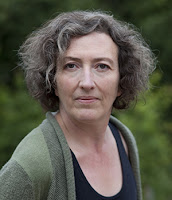 Boglands are sites of contention: exploited yet cherished for natural riches; sanctuaries for the outlaw; life-giving devourers of life. In Ireland, they became a symbol of resistance and national identity. In Dartmoor, they have figured as threat, a famous example being Conan Doyle’s evocation in The Hound of the Baskervilles. Their soft menace may be subtly gendered as female, or more explicitly personified as noir anti-heroine. A brief exploration of legend and literature will try to sink below the surface of the wetlands.
Sophia Kingshill is the author of Mermaids (Little Toller, 2015) and co-author of The Fabled Coast and The Lore of Scotland (Random House, 2012 and 2009) with the late Jennifer Westwood. She is a member of the Folklore Society.

Tim Flight - Basilisks and Beowulf: Monsters in the Anglo-Saxon World

Drawing on literature and art, theology and a wealth of first-hand evidence, Tim Flight reveals a people huddled at the edge of the known map, using the fantastic and the grotesque as a way of comprehending the world around them. 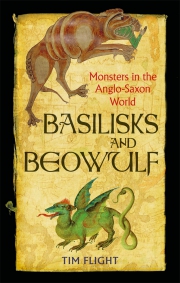 For the Anglo-Saxons, monsters helped to distinguish the sacred and the profane; they carried God’s message to mankind, exposing His divine hand in creation itself. At the same time, monsters were agents of disorder, seeking to kill people, conquer their lands and challenge what it meant to be human even. Learning about where monsters lived and how they behaved allowed the Anglo-Saxons to understand their place in the world, as well as to apprehend something of the divine plan. It is for these reasons that monsters were at the very center of the Anglo-Saxon worldview.

Tim Flight obtained a doctorate in Anglo-Saxon Literature from Magdalen College, Oxford, in 2016. Since then, he has been writing full time, and has contributed articles to History Today and BBC History Magazine, among many other publications, His book Basilisks and Beowulf: Monsters in the Anglo-Saxon World will be available on the day.

Jeremy Harte - A Stake in the Landscape: Crossroads Burial in History and Legend

Until 1823 it was the law that suicides should be buried in public disgrace, their bodies shoveled under the roadway and pierced with wooden stakes. Even at the time, this inhumanity looked baffling. Was it a survival from some more primitive time, with superstitious locals trying to pin down and exorcise a potentially harmful ghost? The old folklorists liked to think of suicide burial as something archaic, kept going by peasant ruthlessness and legal inertia into later, more merciful times. But they were wrong. 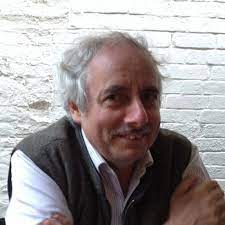 Outcast burial was not a response to suicide itself, but a way of pillorying exceptional offenders against the moral code, and it was at its most elaborate in times when that code seemed most under threat. In the Middle Ages the degrading burial of suicides had been rare – it only became routine in the 1570s, a way to impose Tudor ideologies of moral control through the physical humiliation of deviants. But often the shamed dead became village landmarks and reference points. Their scapegoat memory would outlast all trace of those who condemned them.

Jeremy Harte is a researcher into folklore and archaeology, with a particular interest in landscape legends and tales of encounters with the inhabitants of other worlds. His book Explore Fairy Traditions won the Katharine Briggs award of the Folklore Society for 2005, and his other publications include Cuckoo Pounds and Singing Barrows, and The Green Man. He is curator of Bourne Hall Museum in Surrey. 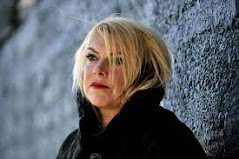 Sarah Moore was the subject of a Leigh-on-Sea legend – an evil sea-witch who raised the Great Storm of the Estuary, caused havoc about the town and sank a plethora of boats.  When novelist Syd Moore (possibly no relation) probed further she learned the true story of Sarah Moore. 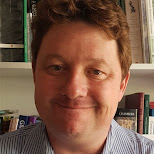 This talk explores how digital landscape modelling can help unlock the secrets of Britain’s ancient pathways. Focusing on “corpse roads”, pathways taken by coffin bearers over the countryside before the Enclosures, it discusses the significance of such routes, and how a mapped understanding of factors such as slope, elevation and distance can shed light on the stories behind them.
Stuart is a Professor of Spatial Humanities at the the Department of Digital Humanities, Kings College London.

The Birth of the Hoax 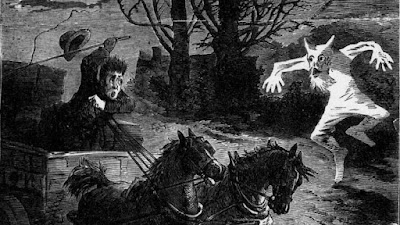 This event will be held with an in-person audience at Conway Hall *AND* online, via Zoom. Everyone wishing to join this event must register for a ticket in advance, using the “Book Now” link ** 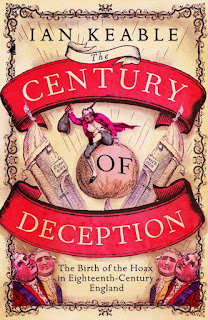 In 1749, a newspaper advertisement appeared declaring that a man would climb inside a bottle on the stage of a London theatre. Although the crowds turned up in their hundreds to witness the trick, the performer didn’t. Over the following decades, elaborate jokes and fanciful tales would continue to bamboozle people across England.In The Century of Deception, magician and historian Ian Keable tells the engrossing stories of these eighteenth-century hoaxes and those who were duped by them. The English public swallowed tales of rapping ghosts, a woman who gave birth to rabbits, a levitating Frenchman in a Chinese Temple and outrageous astrological predictions. Not only were the hoaxes widely influential, drawing in celebrities such as Samuel Johnson, Benjamin Franklin and Jonathan Swift, they also inflamed concerns about ‛English credulity’.

‘Fake news’, ‛going viral’ and ‛social media’ may be modern terms, but these concepts have been with us for centuries.

Ian Keable divides his time between performing magic; giving talks on topics ranging from James Gillray, the first political cartoonist, to David Devant, the first President of The Magic Circle; and researching and writing. His previous books include Stand-Up: A Professional Guide to Comedy Magic and Charles Dickens Magician: Conjuring in Life, Letters and Literature.  His new book The Century of Deception: The Birth of the Hoax in Eighteenth-Century England will be available on the night.

In partnership with Conway Hall.

Please register for this event at the following booking link: Book Now.  At present this event is online only. Conway Hall is a charity and we politely ask you to add a donation of at least £5 when registering. 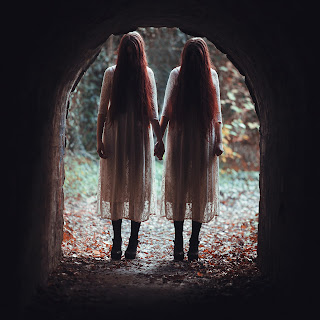 Human twins have many meanings and different histories. They have been seen as gods and monsters, signs of danger, death and sexual deviance. They are taken as objects of wonder and violent repression, the subjects of scientific experiment. Now millions are born through fertility technologies. Their history is often buried in philosophies and medical theories, religious and scientific practices, and countless stories of devotion and tragedy.

In this history of superstitions and marvels, fantasies and experiments William Viney – himself a twin – shows how the use and abuse of twins has helped to shape the world in which we live. His book Twins (Reaktion 2021) has been written for twins and for anyone interested in their historical, global and political impact. 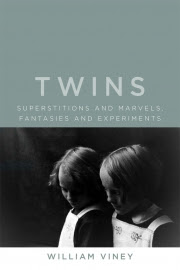 William Viney is a researcher in the Department of Anthropology, Goldsmiths,
University of London. His writing has appeared in Cabinet, Critical Quarterly, frieze, and the Times Literary Supplement. He is the author of Waste: A Philosophy of Things (2014).

In partnership with Conway Hall.

Please register for this event at the following booking link: Book Now.  At present this event is online only. Conway Hall is a charity and we politely ask you to add a donation of at least £5 when registering.

The Corpse on the Tube and Other Urban Legends

In conjunction with the Edinburgh Fortean Society, Scott Wood will be talking on Urban Legends. 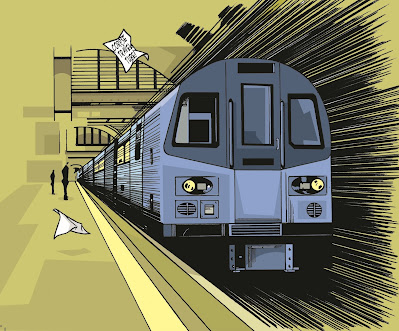 People share urban legends a lot, be they tiny rumours or full blown horror stories, but where do these stories come from and what do they represent? Using three examples of urban legends Scott Wood considers ways of how urban legends are formed and their meaning with stories of the helpful terrorist, the dead body on public transport and the hidden insult. There may be swearing. Urban legends are pieces of cultural ephemera that are also narrative demonstrations of society’s concerns, prejudices and rational blind spots. Urban legends are our contemporary folklore - coarsely humorous, cruel, bigoted and endlessly fascinating.

Scott is the author of London Urban Legends: The Corpse on the Tube and the co-founder of the London Fortean Society.

This talk will be presented live via Zoom and then archived on the Edinburgh Fortean Society YouTube channel.

Join by Skype for Business