The Many Faces of Bigfoot: Manifestations of a Mystery

We are sorry but we have had to cancel this event and we hope to reschedule it for spring 2018. Sorry for the disappointment and please check back with us for this and other events. We do have a British Bigfoot talk in September for some of your bigfoot needs.

Cryptozoology, or “the study of hidden animals,” focuses both on creatures generally considered extinct but believed by some to still exist, as well as creatures of mythology, legend, and folklore that are purported to be based on a biological reality. It is this latter emphasis with which Dr. Floyd’s presentation is concerned in relation to what he terms “Bigfoot types.” 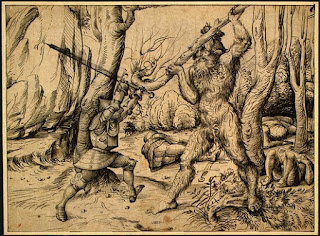 Observing some of the ancillary genres of cryptozoology, citing Bigfoot-types in various literary, artistic, architectural, and popular areas, and with particular interest in the European Wild Man and Green Man, the Native American Hairy Man, and even Nordic trolls and ogres, Floyd’s presentation pursues the idea that such creatures and their similars have appeared so consistently throughout the matter of western civilization as to indicate a biological reality as their origin.

David Floyd is Associate Professor of English at Charleston Southern University. He earned his first PhD in English from Stirling University in Scotland, and is currently pursuing a second doctorate, in Comparative Literature, through the University of Turku, Finland.

His literary research interests include Victorian culture and literature, especially genre fiction of the fin-de-siècle. His first book, Street Urchins, Sociopaths, and Degenerates: Orphans of Late-Victorian and Edwardian Fiction was published by the University of Wales Press in 2014, and examines orphans in gothic, island adventure, imperial, and children’s fiction.

David’s other research interests include Fortean subjects, particularly Bigfoot and other cryptids. He has presented at the 2015 Ohio Bigfoot Conference, the 2016 and 2017 Virginia Bigfoot Conferences, and 2017’s International Bigfoot Conference, and will appear in the upcoming documentary, Cultured Bigfoot.His main focus is the appearance the Bigfoot-type creatures in myth, legend, folklore, and literature throughout history, as well as the cultural function and societal importance of such creatures.


Book stall by Newham Bookshop and Strange Attractor.
Stalls by Hare and Tabor and Circle of Spears Productions.

As the year darken the London Fortean Society once again explores the folklore, ghosts and curses of the British Isles with the one-day symposium The Haunted Landscape 2017.

Authors, experts and researchers discuss ghosts, strange beasts and magic. From haunted folk songs to 3000 year old chalk giants, phantom black dogs, Albion’s Goat God and the Queen of the Fairies. Join us at Conway Hall to learn that this green and pleasant land we abide in has dark, strange and uncanny other side. 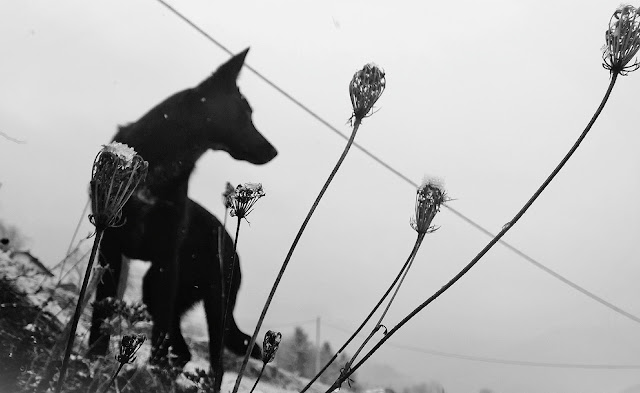 3.25-3.55 The Haunted Landscapes of World War One – Professor Owen Davies
3.55-4.25 'I Shall Goe Unto a Hare' - Isobel Gowdie, Covens, Shamans and Familiar Spirits in Seventeenth Century Scotland – Dr. John Callow

Malkin: The Pendle Witches
Camille Ralphs will recite the entirety of acclaimed poetry pamphlet Malkin, ‘an ellegy in 14 spels’ in the voices of those accused in the 1612 Pendle Witch Trials. 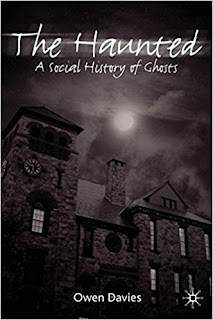 Owen Davies is a reader in Social History at the University of Hertfordshire. His main field of research is on the history of modern and contemporary witchcraft and magic. 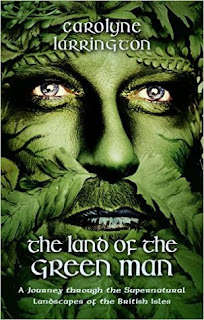 The dead don't always stay peacefully in their graves. British folklore and chronicle relates from very early times instances of vampire-like and undead behaviour, spelling disaster for communities. Radical social upheaval – such as the Norman Conquest – spawns narratives about the undead; later chroniclers remark that there are so many tales of the undead it would be tedious to list them all.  Recent archaeological finds seem to confirm the survival of these beliefs right up to the end of the medieval period; time-honoured ways of preventing the dead from walking again offer the best explanation for the unusual post-mortem treatment of some bodies. Nor is it just the British Isles that suffer from the plague of the walking dead; Icelandic sagas have many such tales, and some useful tips about how to settle such revenants once and for all.

Carolyne Larrington is a Tutorial Fellow in English Literature at St John's Oxford and the author of The Land of the Green Man, Winter is Coming: the Medieval World of Game of Thrones and An Introduction to Norse Myths.

The Appearance of Ghosts: shrouds, sheets or see-through? Dr. Susan Owens
The idea that the dead can return to haunt the living is deeply rooted in the British imagination, and ghosts are central to countless plays and paintings, stories and ballads, photographs and films. But why has the appearance and behaviour of ghosts in art and literature altered over time? When did they stop wearing shrouds and put on white sheets or become see-through? And what do these changes reveal about them – and us?

Dr. Susan Owens, former Curator of Paintings at the Victoria and Albert Museum, is the author of The Ghost: A Cultural History (Tate Publishing, 2017).

I Shall Goe Unto a Hare - Isobel Gowdie, Covens, Shamans and Familiar spirits in Seventeenth Century Scotland – Dr. John Callow 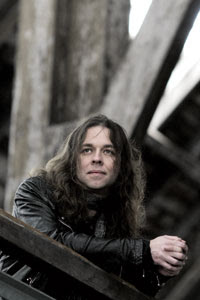 The four confessions given by Isobel Gowdie to a Scottish court, in May 1662, are seminal witchcraft texts; bringing folk belief in the faerie, the world of familiar spirits, night flight and the coven to stark prominence. This talk shows how a marginal figure, in her own day, moved towards the cultural mainstream, through the works of modern composers, rock musicians and novelist, and was comprehensively recast in the process.

John Callow is an author, screenwriter and historian, specialising in Seventeenth Century politics, witchcraft, and popular culture including Embracing the Darkness: A Cultural History of Witchcraft (IB Tarsus 2017). 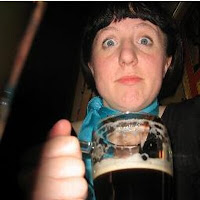 How to Clean a 3,000-Year-Old Hill Figure - Emily Cleaver
Emily Cleaver recounts a recent ‘scouring’ of the Uffington White Horse, the traditional cleaning event that has kept the chalk figure from becoming overgrown since its construction in the Iron Age. Exploring the archeological evidence for the origins of the figure, plus local folklore from fertility rituals to furniture arrangement.

Emily is a writer with an interest in folklore, local traditions and history.

The Goat God in Albion – Gurus
Gyrus explores the bonds between the British landscape and the Greek god of nature, Pan. The Victorian obsession with Pan forms a historical backdrop for strange present-day encounters in rural darkness, and synchronicities which unearth Pan's hidden presence in the famed landscape of Avebury.'

Gyrus is the publisher of Dreamflesh  and the author of North: The Rise &Fall of the Polar Cosmos

Talk of the Devil
He builds bridges, he drains punchbowls, he hurls quoits, he preaches strange

doctrine from his pulpit. There’s no getting away from the Devil in the English legendary landscape, but who is he really? From his Arse to his Elbow, the Devil of local lore is a strange compound of fiend and buffoon. Those sulphurous hoofprints do not lead to any orthodox theology.

Jeremy Harte is a researcher into folklore and archaeology, with a particular interest in sacred space and tales of encounters with the supernatural. He is the author of English Holy Wells: A sourcebook and Explore Fairy Traditions.

In the dead of the night, when all people were sleeping: Ghosts in folk songs – Professor Paul Cowdell 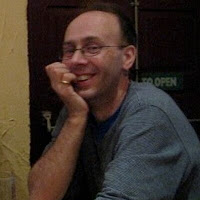 Traditional songs are full of folklore about ghosts. They tell you why people become ghosts, what ghosts look like, what the living must do to allow the dead to rest in peace. Paul Cowdell, folklore expert on ghosts and a fine singer, will be talking about ghostlore in and around traditional songs, and singing some. Songs may include The Yarmouth Tragedy, The Unquiet Grave and Polly Vaughn.

Paul completed his PhD at the University of Hertfordshire, where hewas looking at contemporary belief in ghosts. The thesis is available online here.


One of the greatest and strangest phenomena of recent times is the rise of Uri Geller and the belief that minds can bend metal. This special presentation, with live demonstrations, tells the whole story from a unique perspective. 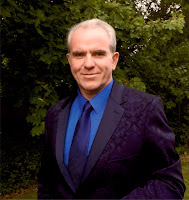 Ian Rowland, who performs professionally as ‘The Mind Man’, is friends with (and has been hired by) both Uri Geller and arch skeptic James Randi. He is also a member of the Inner Magic Circle, and has given ‘test conditions’ demonstrations of psychic phenomena without claiming any psychic powers at all. So is it fact, fiction or fakery? All will be revealed!

The Cage St Osyth: Media Frenzy or Haunting to be Taken Seriously?

The Cage in St Osyth, Essex is a haunted medieval prison that has recently hit the headlines. “Essex's most haunted house: Could you last a night?” asked Essex Live. “A retired policeman claims to have captured a picture of a ghost carrying the body of a witch on a stretcher” spluttered the Mail Online. 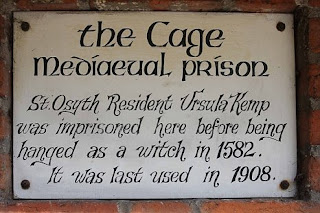 The Cage was the local holding cell whose prisoners included the ‘Witch’ Ursula Kemp who was held captive there prior to her trial and hanging in Chelmsford. But Ursula may haunt the cage still.

This modern-day case particularly involved one woman, Vanessa Mitchell, who felt after several years of phenomena she could neither live there or responsibly let it for residential purposes. She rented it to paranormal groups for investigations.

John Fraser has completed a detailed report on this haunting with collected witness testimony from over two dozen local people and investigators. This talk discusses his findings and the truth of the phenomena behind the national headlines.

John Fraser is a member of the Council of the Society for Psychical Research, and has been’ Vice Chair Investigations’ of the Ghost Club – the two oldest groups in the country that study the subject. His topics of study have been as varied as hypnotic regressions and vampire folklore, as well as more conventional paranormal research.

His 2010 ‘Ghost Hunting, a Survivors Guide’ was one of the first UK books published about the subject since it re-popularisation. Since 2015 John has been working on an extended project of witness testimony regarding the well-publicised phenomena occurring at The Cage in St Osyth Essex, also assessing the validity of witness testimony in spontaneous ‘paranormal ‘cases. 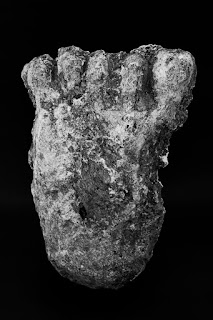 For the past two years Harry Rose has been working on a project exploring evidence the of Bigfoot in the UK; working with experts in the field and hearing of first hand encounters. He will be sharing some of the stories he has come into contact with and the images he has taken in recorded sighting locations.

Harry Rose is a photographer and researcher working at the British Journal of Photography. He has a keen interest in folk lore and mythology.

"I create work base on what is physical and tangible."