The Last Witches of England: the Bideford Witches

For Bideford, it was said, was a place of witches. 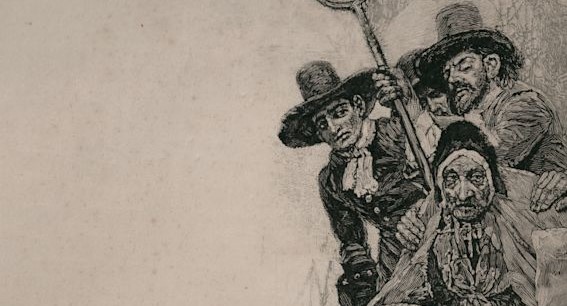 On the morning of Thursday 29 June 1682, a magpie came rasping, rapping and tapping at the window of a prosperous Devon merchant. Frightened by its appearance, his servants and members of his family had, within a matter of hours, convinced themselves that the bird was an emissary of the devil sent by witches to destroy the fabric of their lives. As the result of these allegations, three women of Bideford came to be forever defined as witches. A Secretary of State brushed aside their case and condemned them to the gallows; to hang as the last group of women to be executed in England for the crime. Yet, the hatred of their neighbours endured. For Bideford, it was said, was a place of witches.

Though 'pretty much worn away' the belief in witchcraft still lingered on for more than a century after their deaths. In turn, ignored, reviled, and extinguished but never more than half-forgotten, it seems that the memory of these three women - and of their deeds and sufferings, both real and imagined – was transformed from canker to regret, and from regret into celebration in our own age. Indeed, their example was cited during the final Parliamentary debates, in 1951, that saw the last of the witchcraft acts repealed, and their names were chanted, as both inspiration and incantation, by the women beyond the wire at Greenham Common. 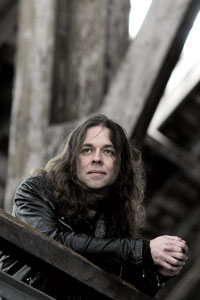 John Callow explores this remarkable reversal of fate, and the remarkable tale of the Bideford Witches.

John Callow is an author, historian and trade unionist. He has written widely on Early Modern witchcraft, politics and popular culture. His books include Witchcraft & Magic in Sixteenth- and Seventeenth-Century Europe (co-authored with Professor Geoffrey Scarre); James II: King in Exile; and Embracing the Darkness: A Cultural History of Witchcraft.

His book The Last Witches of England: A Tragedy of Sorcery and Superstition (2021 Bloomsbury Academic) will be available on the night.

He has appeared on the BBC’s The One Show to discuss the roots of Hallowe’en; on the BBC Radio 4 documentary, It Must be Witchcraft; Find My Past's The Great Fire of London; and the Discovery Channel's four-part series, The Salem Witches.