Cryptozoology – On the track of Unknown Animals

This event has now sold out, we are sorry. We are currently arranging a new date for this fascinating talk for March/April.

Richard Freeman, Zoological Director of the Centre for Fortean Zoology, is one of the few professional cryptozoologists in the world, studying unknown or anomalous animals. A former zookeeper, he has worked with over 400 species of animal. He has taken expeditions across the globe in search of beasts like the orang-pedek, the Tasmanian wolf, the yeti, the giant anaconda, the Mongolian deathworm and the almasty.

Tonight he introduces the science of cryptozoology and looks at some of the unknown animals or “cryptids” with which it is concerned, focusing on his three trips to Tasmania in search of the flesh-eating marsupial known as the thylacine or Tasmanian wolf. 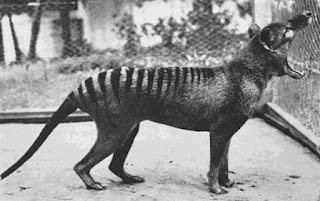 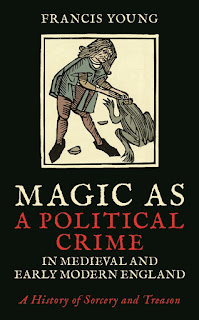 This event has now sold out, we are sorry. We are currently arranging a new date for this fascinating talk for February / March.

Throughout history, people have believed in the power of magic not only to influence their own lives and communities but also their rulers. Furthermore, rulers and their advisers often lived in fear of magical attack. Francis Young examines the phenomenon of magic as a form of treason in England and Scotland between the fourteenth and seventeenth centuries, as well as the ways in which belief in the political power of magic echoes down to the present day.

Francis Young obtained his PhD from Cambridge University and is a historian specialising in the history of supernatural beliefs. He is the author or editor of over a dozen books including Magic as a Political Crime in Medieval and Early Modern England (I. B. Tauris, 2017).

Over the past 30 years the Rendlesham Forest incident has become one of the top ten UFO cases in the world as voted by UFO believers, and is now often described as the “British Roswell”. Here, skeptical investigator Ian Ridpath looks at the main points of the case and provides explanations for each in turn, correcting various misunderstandings, and pointing out how various unsubstantiated claims have passed uncontested into a body of unreliable knowledge that has taken on the status of a modern myth.

For further information on Ian’s investigations, see his website.
Ian Ridpath is a writer and broadcaster on astronomy and space with a particular interest in the way astronomical phenomena are misidentified as UFOs. He produced the first full explanation of the Rendlesham Forest UFO case back in 1984 and marvels at the way the myth has grown ever since.

Herne the Hunter – From Ghoul to Godhead

7.45pm Thursday 25 January 2018
This event has now sold out, we are sorry. We are currently arranging a new date for this fascinating talk for February / March.
The Bell, 50 Middlesex Street, London E1 7EX.
Train and Tube: Liverpool Street.
Tube: Aldgate, Aldgate East
Facebook page
﻿
﻿
﻿In 1984 Mrs Mary Whitehouse attacked the Robin of Sherwood TV series for its Pagan elements. Writer Kip Carpenter had deliberately introduced the transgressive power of myth into his groundbreaking series with Herne the Hunter. From Shakespeare onwards Herne has been re-imagined as a vengeful spirit, the leader of "the wild hunt", a shaman and the horned god of the greenwoods.

Historian Dr John Callow, author of Embracing the Darkness: a cultural history of witchcraft, explores the roots of Herne's tale and how his legend has inspired generations of writers and artists to create a powerful figure for both the modern Pagan pantheon and the wider environmental movement.

7.45pm Thursday 25 January 2018
This event has now sold out, we are sorry. We are currently arranging a new date for this fascinating talk for February / March.
The Bell, 50 Middlesex Street, London E1 7EX.
Train and Tube: Liverpool Street.
Tube: Aldgate, Aldgate East
Facebook page
Posted by Scott Wood at 09:47 1 comment:

The Mysterium: the World’s Most Bizarre and Enigmatic Phenomena

The Mysterium is a thoroughly modern exploration of the world’s most bizarre and enigmatic phenomena. Drawing on contemporary folklore, unsolved mysteries and unsettling oddities from the dark corners of the internet, three of its authors delves into some of the strangest and most enduring stories of our modern age. 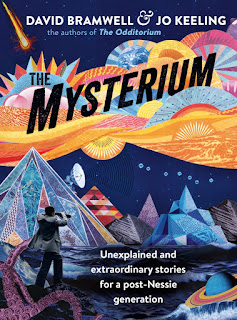 Co-author David Bramwell (The No9 Bus to Utopia/Haunted Moustache/ The Odditorium) introduces the afternoon with a brief look at three fascinating stories from the book:
HikikomoriWhy are a million Japanese unable to leave their bedrooms?

David Bramwell - Operation Mindfuck, the story of how a counterculture movement, intent on disrupting our media, just might have been responsible for our post-truth age of fake news.

In the 1960s a mind experiment, Operation Mindfuck, was designed by Robert Anton Wilson and Kerry Thornley to shake the western world out of its grip of rationality and control. It was adopted by fringe groups, including the Cacophony Society and Church of the Subgenus (Bob Dobbs) to spread disinformation through the worship of Eris, goddess of chaos. It led to the creation of Burning Man, Satancon and Fight Club. But was it a victim of its own success, leading to the rise of fake news and The Church of Kek, an occult group who used meme magic to support Trump in 2016? What can we do to stop it? Or should we welcome in this age of uncertainty?

Mark Pilkington - Behind the Flying Saucers In his 2010 book and documentary film Mirage Men, Mark Pilkington explored the origins of the over-arching American UFO mythology in Cold War counter-intelligence and espionage operations. For this new presentation he’ll consider the UFO lore's roots in 1940s and ‘50s Red Scare paranoia, and take a look at its most recent manifestation, in rock star Tom Delonge’s ’To The Stars’ project to expose secret extraterrestrial interstellar technologies on Earth.
Mark Pilkington is a writer, editor, and filmmaker. He has written for numerous publications in England, including The Guardian and The Times. He lives in London.
Jenny Rowe - The Panacea Society.

A secretive religious group which has its roots in the predictions of an 18th Century middle-aged serving maid. Members believe that the true Garden of Eden is located in Bedford, that their Panacea has the power to cure all ills and that God knows the best procedure for baking potatoes.
Jenny is a writer, improviser and actor. She performs dark, improvised Tim Burton-inspired musicals with her company, The Maydays. And she writes science fiction in an occasionally productive way. In 2016 she was asked to play Mabel Barltrop - the founder of the Panacean Society - for The Bedford Play written by Mark Burgess. The Maydays, an award winning improvised comedy and theatre company. As one of the UK’s top schools for improv, we offer critically acclaimed live shows ...
£8 plus booking fee (Advance tickets) 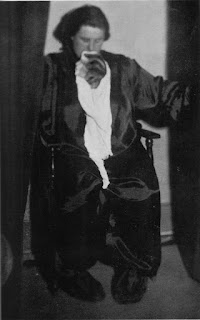 It’s arguable that without the persecution of Helen Duncan, the Witchcraft Act would never have been repealed. Geraldine Beskin of the Atlantis Bookshop argues that Duncan was a truly remarkable spirit medium whose accuracy and extraordinary work ethic made her very famous, and that her ability to generate ectoplasm has never been surpassed.

Her accuracy during World War II panicked the authorities, she says; throw in a Catholic plot and an Oxford Professor of Logic and the mists begin to clear about why she was pursued, attacked and lied about