The Haunted Landscape: Magic and Monsters of the British Isles

Live streaming / video: We are live streaming The Haunted Landscape (I didn't know we were going to do this!)

The year grows darker. The London Fortean Society and friends return to the Haunted Landscape, our one-day symposium on the folklore, magic and monsters of the British Isles and beyond. Authors and researchers discuss the undead, fairies, witchcraft, witches and their familiars and the magic of the common folk.

9 am onwards Registration (we're pretty sure there will be coffee on sale. If not at Conway Hall then in Red Lion Square and surrounds.)

4.15 pm -5 pm Up the airy mountain, Down the rushy glen, We daren’t go a-hunting, For fear of little men… – Paul Devereux

Times are approximate. We shall probably be ending nearer 6 pm. 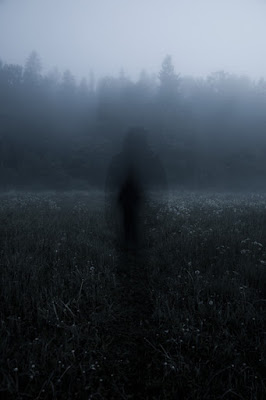 Up the airy mountain, Down the rushy glen, We daren’t go a-hunting, For fear of little men… – Paul Devereux

In this unique illustrated presentation, Paul Devereux will be our tour leader through the haunted landscape, touching on topics such as death roads, spirit ways, fairy paths, ghosts, and actual encounters with ‘other-than-humans’, including his own. It’s all the real stuff. 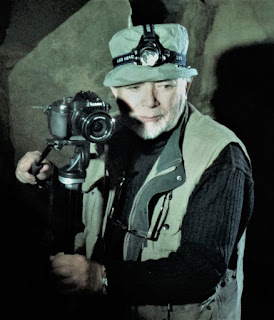 Paul Devereux is a prolific book author, with 27 mainstream books published, some of them international titles. Among many others, titles have included Secrets of Ancient and Sacred Places, Re-Visioning the Earth, The Sacred Place, The Long Trip, Sacred Geography and Lucid Dreaming.

Along with academic papers, he has also published a great many articles for popular publications, including Readers Digest, Time-Life, New Scientist, Focus, Financial Times, Prediction, etc. He is a correspondent for Fortean Times with his bi-monthly popular archaeology column. He is the co-founding managing editor of the academic Routledge publication, Time & Mind – The Journal of Archaeology, Consciousness and Culture.

In Britain, fairies filled the landscape. They haunted rivers and seas; the air; and the 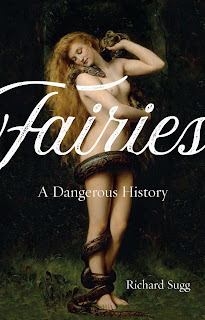 earth beneath your feet. Almost anything strange in nature belonged either to fairies or the devil. People saw them, heard them, and even smelled them. In Wales they appeared at local markets and forced up prices. Sightings of fairies in the British countryside have been recounted by the most unlikely witnesses, well into the era of living memory. In Ireland especially, fairy paths, trees and forts were treated with intense reverence. If you accidentally built your house across a fairy path, you might slice a corner off the building, or abandon it altogether. And it was in Ireland that folklore met the strangest fringes of real terror. For the many disturbances credited to angry fairies were, in fact, the work of real poltergeists.

Richard Sugg is the author of eleven books, including Mummies, Cannibals and Vampires (2015), A Singing Mouse at Buckingham Palace (2017), Fairies: A Dangerous History (2017), and The Real Vampires (2019). His newest book, Our Week with the Juffle Hunters, is a children’s story inspired by fairy folklore. He is currently writing Talking Dirty: The History of Disgust. He lives in Cardiff.

Belief in magic and particularly the power of witchcraft was once a deep and enduring presence in popular culture; people created and concealed many objects to protect themselves from harmful magic. The principal forms of magical house protection in Britain and beyond from the fourteenth century to the present day. Witch-bottles, dried cats, horse skulls, written charms, protection marks, and concealed shoes were all used widely as methods of repelling, diverting or trapping negative energies. Many of these practices and symbols can be found around the globe, demonstrating the universal nature of efforts by people to protect themselves from witchcraft.

Brian Hoggard is an independent researcher who has been studying the archaeology of magical house protection for many years. He has a  popular website Apotropaios through which he receives reports and requests for advice about these objects from all over the world. He is the author of Magical House Protection: The Archaeology of Counter-Witchcraft.

In 1875, a flame-eyed creature picked at the lead in a windowpane to let himself into a remote, rented farmhouse in Cumberland. Thus started a campaign of menace against a young woman: a campaign which only stopped when her brothers tracked the creature down to its resting place in a local crypt. The Beast of Croglin Grange has entered our folklore as one of England’s very few homegrown vampires. So let’s take a look at the story see if we can work out what really happened. 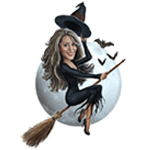 Deborah Hyde wants to know why people believe in the malign supernatural, approaching the subject using the perspectives of psychology, sociology and history. She writes and lectures extensively about superstition, cryptozoology, religion and belief in the paranormal, with special regard to dark folklore. Deborah is Editor-in-Chief of The Skeptic magazine and is a fellow of The Committee for Skeptical Inquiry. @jourdemayne 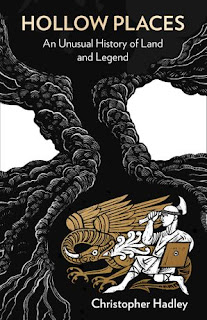 In the Middle Ages a remarkable tomb was carved to cover the bones of an English hero. For centuries the grave spawned tales about dragons and devils, giants and winged hounds. To understand why this happened, Christopher Hadley takes us on a journey through 1,000 years of history.

The story begins with a Hertfordshire dragon-slayer named Piers Shonks but soon draws us into the company of outlaws and stonemasons, antiquaries and champions. Full of wonder and always surprising, the story takes us to the margins of the Bayeux Tapestry where strange creatures gather, to ancient woodland where hollow trees hide secrets, and to the scribbled clues about folk heroes in eighteenth-century manuscripts. Along the way, we discover how long bones will last in a crypt and where medieval stonemasons found inspiration.

The story of Piers Shonks is the survivor of an 800-year battle between storytellers and those who would mock or silence them. It stands for all those thousands of seemingly forgotten tales that used to belong to every village. It is an adventure into the past and a meditation on memory and belief that underlines the importance and the power of the folk legends we used to tell and why they still matter.


Christopher Hadley is the author of Hollow Places: An Unusual History of Land and Legend. 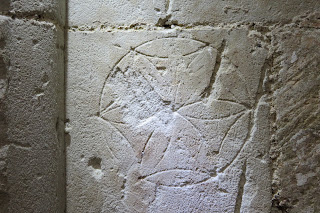 Historic graffiti are a common occurrence throughout England and the rest of Europe. Images, names, and symbols have been spotted on the walls of barns to churches, cathedrals, castles, and homes. The prevalence of these markings demonstrates their significance to the people of the past but what do these inscriptions mean and what do they tell us about the buildings where they are found?

Crystal Hollis has spent the last seven years staring at walls and deciphering their stories. She's worked on a variety of buildings across the UK and specialises primarily in church graffiti. Her previous work includes the discovery of medieval inscriptions in a transplanted French chapel in the USA and several in-depth looks at graffiti in churches in Suffolk.

Wolves in the Wolds: The Weird case of Old Stinker, the Hull Werewolf

British folklore is unique in recording a history of werewolf hauntings in places in Britain where there were once wolves. This exploration of Old Stinker, the Hull Werewolf is rooted in landscape and absence. It focuses on the climate in which the spectre of the werewolf has re-emerged (rising from the ashes of the flesh and blood wolf). It takes its inspiration from Mark Fisher’s The Weird and the Eerie (2016).

Dr Sam George is Senior Lecturer in Literature at the University of Hertfordshire, UK and the Convenor of the Open Graves, Open Minds project. She is a leading spokesperson for the contemporary gothic; her interviews have appeared in newspapers from the Guardian to the Independent and the Wall Street Journal. She is the author of Botany, Sexuality and Women’s Writing (2007).

She has co-edited with Bill Hughes, Open Graves, Open Minds: Representations of Vampires and the Undead (2013); a special OGOM issue of Gothic Studies on vampires (2013), and a second on ‘Wildness and Werewolves’ (2019). Her book In the Company of Wolves: Werewolves, Wolves and Wild Children will be published by MUP in 2020. She is also completing a monograph In the Kingdom of Shadows: Optics, Dark Folklore and the Gothic for publication in 2021.

Recent articles include but are not limited to: ‘Spirited Away: Transylvania and the Pied Piper and Dracula Myths in Britain and Germany’ in Dracula: An International Perspective, ed. by Marius-Mircea Crişan, (2017); ‘Wolves in the Wolds: Late Capitalism, the English Eerie, and the Weird Case of “Old Stinker” the Hull Werewolf’, Gothic Studies, Werewolves and Wildness 21.1 (Spring 2019) and, with Kaja Franck, ‘Contemporary Werewolves’, in Twenty-First-Century Gothic: An Edinburgh Companion, ed. by Maisha Wester and Xavier Aldana Reyes (2019)..

In early modern England, the familiar was a feature of witchcraft beliefs. These creatures assisted the witch in carrying out her diabolic attacks upon her enemies. They could reach places and people that the witch could not because they often appeared as normal animals. Using stories from witchcraft trials, this talk will explore the wicked witch and her evil and demonic familiar from sixteenth-and seventeenth-century England. 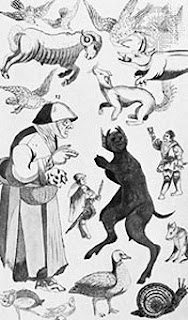 These stories include details of how the witch was believed to have met her familiar, through to how she used it for personal gain and to harm others, ending in how she parted from the creature. Through these stories, the troubles and hardships of those accused of witchcraft and of owning a familiar will be explored. Those who claimed that they were victims of witchcraft will also feature, for their accounts of their entanglements with this pairing bring with it the deep-seated fears associated with those who owned familiars.

By exploring these stories of the witch and her familiar, it will become clear that this pairing was believed to have been a real threat. They represented a threat not only to the witch’s enemies but even to her family and occasionally to the witch herself.

Dr. Victoria Carr's research concerns the history of the witch's animal familiar in early modern England. Dr. Carr interests include demonic beliefs, the North Berwick witch hunt, magic, and print culture. Most recently her research has focused upon the animal familiar in Early Modern England, which was the topic of her recently completed PhD thesis.

Blanc Sceol - Roar
'the sound of thunder underground is borne on the air’ ….

A performative intervention exploring the other-worldly sounds of the ‘bullroarer' ‘buzzer’ ‘hummer’ ‘bummer’, using replicas of specimens found across the British Isles. This mysterious instrument's many uses are well documented, as a long-distance communication device, a children's plaything, a phallic symbol, a sacred tool for ritual, to coax mythological monsters, cattle, and rain. It continues to puzzle musicologists around the world, Sachs asks incredulously in The History of Musical Instruments ‘Is it really acceptable that every human tribe must invent an oval board held by a cord and whirled around the head for certain magical purposes?


Blance Sceol say "We are sound makers, improvisers and deep listeners. Our work is ‘psychosonographic’ expressing our experience of place, with field recordings, self-created instruments, found objects, voice, and text. We begin by listening to our environment, observing, making recordings, writing, often making our own instruments and sound objects with found materials. Our compositions and performances are like living maps, anchored in what we find in a landscape but re-imagined into new territories, and attentive to the vibrational nature of materials and surroundings."